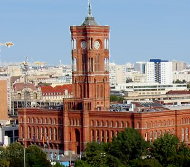 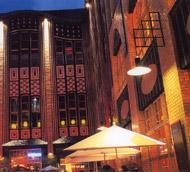 On the tracks of Berlin's history

My city walks feature the newly rebuilt "Mitte",the old historical city center and the former Communist border. They reflect the tumultuous history of the city. I illustrate the story of Kings, Princesses, Emperors and other Royalty from the Middle Ages through the early 20th century. We discuss the impact of the fascist and socialist German dictatorships, and the Iron Curtain, which divided this city and its residents. We also cover the topic of reunification, and the social as well as the political challenges after the fall of the wall.

I also offer tours of Berlin's architecture from various epochs, museums, theatres, cabarets, music halls, "tranquil oases", restaurants, pubs, and shopping centers; one of my other passions is introducing you to some of Berlin's lovable people! Another splendid option is to explore Berlin's most popular sites by taking a barge trip down the River Spree. Let's wander through the city's history and explore its unique hidden corners together!